Sluizer Films was founded by producer, director and screenwriter George Sluizer and producer Anne Lordon. With Spoorloos (The Vanishing, 1988) they received worldwide recognition. The film won many awards and was the Dutch entry for the Academy Awards in 1989. Since Sluizer directed a diverse slate of long features like Joao, Utz, Crimetime, The Commissioner, Dying To Go Home and The Stone Raft. He directed the remake of The Vanishing in the US and Dark Blood, the last film of River Phoenix. George Sluizer died in 2014 at the age of 82. The production company since continued to coordinate the film archive of director George Sluizer and in 2016 we updated the status to produce documentaries and long features who will carry on the vision of the director-producer George Sluizer known for his unique signature.

Next to the two mentioned projects on this site, we are also working on a long feature project still in financing with a talented young Chinese director.

A psychological thriller with philosophical elements, Duration takes us on a journey exploring the mysteries of time in modern quantum physics. The brilliant theoretical physicist Sam Elmahdy is informed by a mysterious man Vidales that his father passed away and Sam inherits a unique clock from his father’s antique art collection. Sam, who grew up without his father, is not interested in family even less in a heritage. Norah his wife, photographer, always curious, insists to at least find out about this clock. Sam discovers an extraordinary piece and as a curious scientist working with space/time theories, he wants to understand all about the clock’s complexities. Meanwhile Vidales infiltrates himself in the life of Sam and Norah, people start to disappear and travel through time. Once Sam is close to discover how the clock functions it might be too late to save his life and become victim of the clock.

Two fragments in a woman’s life. Maem is a young woman in 1960s rural Thailand. Her clocksmith father imparts his philosophy onto his daughter, while tensions from the military dictatorship and communist rebels are rising. She is courted by two very different young men – a feeble rickshaw driver who is literally pushed aside by an ambitious and ruthless army chief. Fifty years later, the army chief has become a disgraced general. Maem nurses her abusive husband during his last days and looks back at her past filled with loss, suffering and joy. Beyond the nostalgia of Maem’s life, Anatomy of Time is also a tangible interpretation of a generation that is slowly fading. On one level a deeply felt story of a woman, and on another, that of a country’s tragic past and its exploited people. 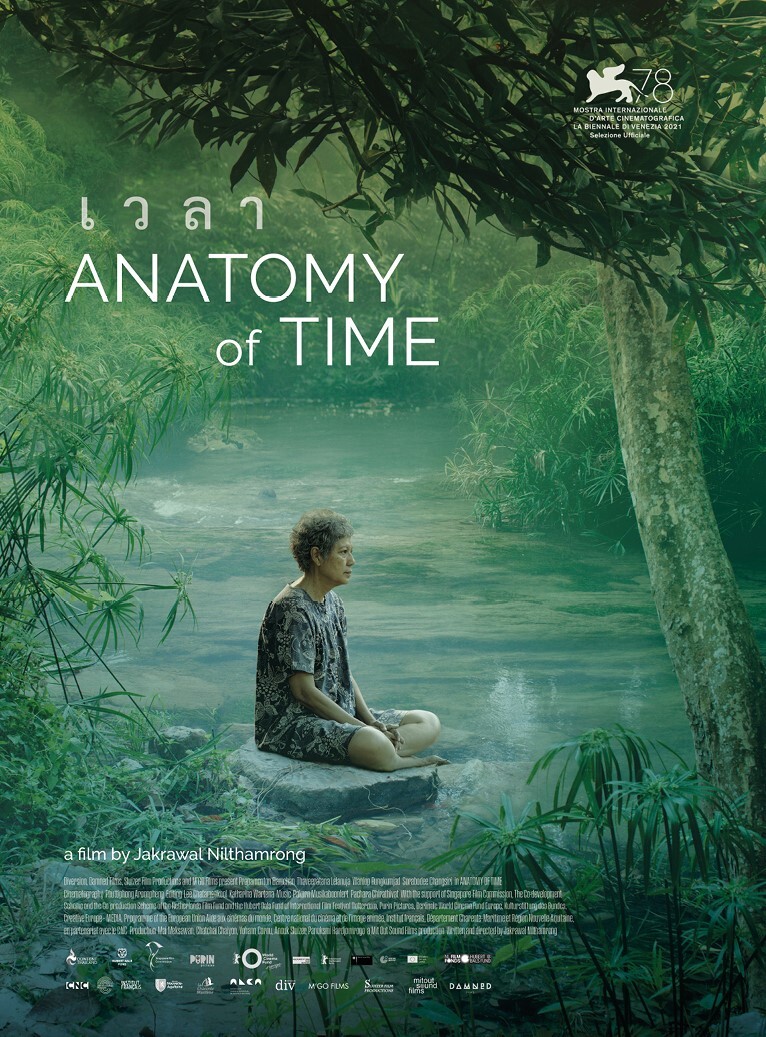